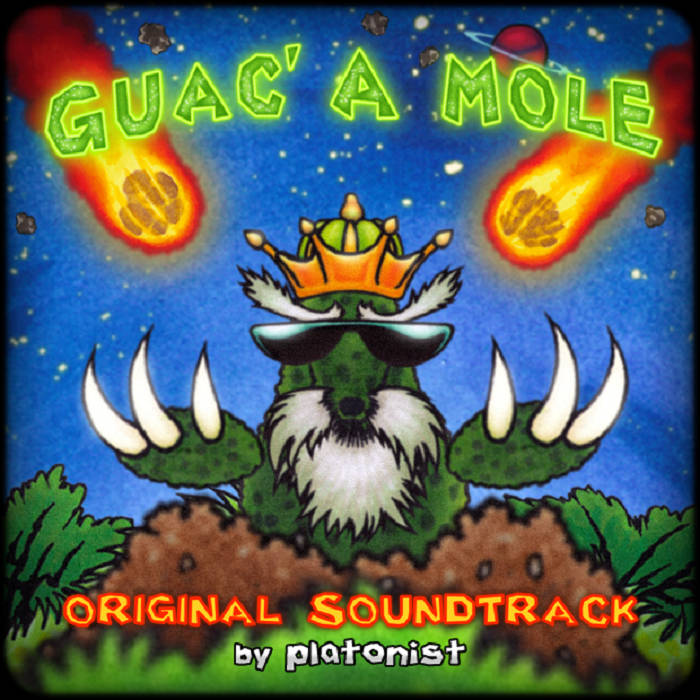 Hello, Everyone!
I'm excited to finally reveal that I've written some music for an indie game! It's a simple and addictive strategy game for the Wii U and it's now available for purchase in the eShop in Europe! Hopefully, the game will be released elsewhere later on.
The game is called Guac' A Mole, and it was developed by Jon & Timothy Lennryd (MadSkull Creations).
Thanks guys for this awesome opportunity! It really means a lot to me!

The developers contacted me in Spring 2014 and asked me to write the soundtrack, and I just had to accept! They had heard some of my music on OC ReMix and wanted me to do something similar to what "platonist" usually does, so I tried to provide them with exactly that.
It had been a while since I was inspired to write original music in this style, as I've been caught up in the chiptune scene for a couple of years, so having an actual goal really helped me get started!
While I also made some of the SFX (basically anything that has melodic content in it, like bonus sounds, jingles and what not), a lot of the SFX were done by the developers.

Mad props also goes out to Adam "theGarbs" Garbutt for helping both me and the developers with the audio mastering, some additional SFX work and general feedback. I couldn't have done it without you! Cheers, mate!

As usual, everything was arranged and sequenced in Schism Tracker (CVS).
The cover art for this release was done by Timothy and me.

Anyway, here it is: my first Original Soundtrack!
Hope you like it!
Cheers!

Bandcamp Daily  your guide to the world of Bandcamp

Featuring appearances from Kari Faux, Bluestaeb and and interview with NY-bred artist Wiki